so Ian and I stopped by the Indus market a day ago, for some stuff - tamarind, mango pickle, coconut milk to supply the summer-long fish curry experiments - and he asked for a frozen treat. I had never had any Indian or Pakistani popcicles, and frankly, I haven't had great luck with Asian desserts.

(Yeah, of course, sticky rice , and honey balls, and that space-ship looking thing at the Indonesian restaurant with the ice chips and the tapioca balls and the green layer that flouresed in the light....Sure, each of those things was great. Nonetheless, I approached the freezer case with mild trepidation. If nothing else, I didn't want Ian to get a bad taste and dramatically spit out the cuisine of another nation onto the floor of the market. In front of the proprieter. He wouldn't do it to be rude or gross, he just....you know, he's 5. When something bad is in his mouth, he gets it out.)

I shouldn't have worried. I am now pretty much obsessed with Kulfi, which is a frozen pudding popcicle that Indian kids eat (they buy them on the street from the kulfiwalla, no kidding, who I'm sure, incidentally, does not play "Turkey in the Straw" at wake-the-dead volume. The way our Blue Bunny Truck guy used to in our former neighborhood.)

It is about a thousand times more delicious and complex and wonderful than any Good Humor pop. Ian had a pistachio one, which he adored, and I had a white, pudding-y one with cardamom, cinnamon, rosewater, cream and sugar. And maybe some pulverized almonds.

There were several brands in the case, in popcicle and ice cream cup form. Ours were conical shapes in a translucent plastic container. I can't find the brand name.

So go and eat kulfi. It'll make your summer.
Posted by betsy at 12:28 AM No comments:

well, I was close.

Since seeing the martial arts movement piece, Illuminate, in the DC Fringe Fest a week or so ago, I have had a number of conversations about martial arts. A couple of people have asked me what branch/style my friend Chris teaches, and what the cast based Illuminate on.
And I would say: "It's some kind of Korean style, like maybe Tes Too Do or something."
And people would nod and say, oh, yeah, I think I've heard of that."
Well, here's why:
According to Wikipedia, it's Tang Soo Do, the Korean pronunciation of the old way of writing (唐手道, "Way of the Chinese Hand")
This is Tang Soo Do.

And this is Testudo. 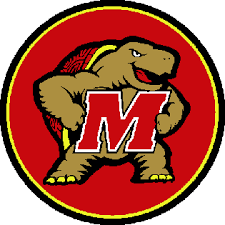 Why yes, I am quite the expert on every single thing in the entire world. Talking out muh butt. Again. Thanks for noticing.
Posted by betsy at 12:26 PM No comments:

okay, so here's the deal.
I'm the 50-year-old mom of a kindergarten kid.

I got referred to as Grandma again on Tuesday.

It wasn't rude, like "here, don't forget you spicy nuggets, Grandma." Another parent was actually encouraging her kid to not interrupt Ian. "Can't you see," she said, "He's talking to his grandma."

I know there are many women my age who ARE grandmas, and they are active and involved with the kids and and vital to their families. There's nothing wrong with being a grandma. I would be proud to be a grandma, climbing around the Chik-fil-a playground with the kid.

But I'm not. I'm proud (as well as rather put-upon) to be a MOM climbing around with the kid, and I as much as I don't want the idea to bug me - it does. A little.

People who mistake me for something I'm not usually mistake me for a man. (I got called 'Sir" on Saturday at Artscape.) And sometimes people assume I'm a lesbian.

Neither of those bothers me.

And yet I am desperate to correct people who call me Grandma.

I have always been told I looked young. Younger than I am.

So help me, internet.

Is it the utilitarian clothes? (On tuesday, I was wearing a black t-shirt in a jersey fabric, and black shorts, hoop earrings, rings, and black flip-flops.)
(Is it the flip flops? Oh, good Lord, please don't let it be the flip flops, I can't go back to wearing shoes. I can't.)

The practical haircut? My color? (Current color - brown roots, bleached tips, daily pool abuse.) My hair's not grey, and I have an actual tan (for the first time in my life.) I have freckles, but not age spots or visible sun damage (see above, first tan of my life.)

If it's because I'm fat, well, I'll just have to live with that. I could be less fat, but I don't see my lifelong morphology changing anytime soon.

PLEASE make some suggestions. I want to look like me, and the me I picture is funny, active, curious about the world, artistic, and not old.

Some friends of ours had a very surprising show in the DC Fringe Festival - you'd expect friends of ours to have a magic show (and a couple did), a postmodern clowning sort of thing (also true), perhaps some sideshow or drag or burlesque or a dirty puppet musical (not this time.)

These friends would not have identified as theatre artists. They're a bunch of guys that we know through Chris, who's a dear friend we met through magic. His other love (along with philosophy, church history and bridge) is martial arts, and a bunch of his friends created this movement piece with enough pathos and humor - plus really excellent live original music - to be a play in the festival, playing to standing room only crowds.

It's all coming back to me now.

Ian is stalling bedtime by dressing a large stuffed animal, a green-and-purple dragon, in swim trunks and a rash guard.

Me: IAN! I asked you to brush your teeth 10 minutes ago! Put that down and finish getting ready for bed. I'm not going to tell you again.

She doesn't come off as the meanest woman in the world in the film.

However, this lady up here, Grace Coddington, who is (oh, let me grab a copy that's lying around here somewhere) (Because if there's not a Vogue, a New Yorker and a cookbook somewhere around, it must not be my house.) Anyway, Ms. Coddington is the creative director, and the film turns into a meditation on her - her art, her eye, her history, the way she sees fashion. She comes across as a down-to-earth woman navigating a sea of laregly manufactured drama, an artist among merchants, a sensitive soul and an island of charm and good humor.

She clomps around in flat shoes, loose at the heel - the same shoes in every scene, with every utilitarian black ensemble - and walks like a truckdriver, as so many models do. She was raised in rural Wales, and won an amateur modeling competition in 1960, which led to her work at British and then American Vogue. She's marvelous.

The other thing I LOVED about this movie was the way it was shot, and the fact that, though it's documenting a project with deadlines (and in fact, communicating a sense of urgency is very much part of the filmaker's job here) , the film lingers wonderfully over a designer's process of creating a garment, and shows the beauty and excitement of couture showings in a really, really excellent way. Yeah, I'm a sewer, so a nicely-felled seam and an interesting pair of shoes really does it for me. But this is a beautiful film.
Posted by betsy at 12:55 AM No comments:

Comprehension is not an option.

"Making it easy to understand is what got us into the mess the church is in today. The last thing we need to do is make it easier to rationalize. NO! It is time to make the Word strange, in the same way that Christ made God strange by dying on a cross and being born of a woman. Comprehension is not an option. Participation, however, might just open the human imaginary to a level of understanding we never dreamed possible."
I direct you to this essay not because I am scandalized by decisions of the CofE - none of my business, really, we have our own fish to fry over here - but because Billy Daniel expresses this quite beautifully.
before anyone from my community jumps in my stuff, let me be clear.
to me, there is a world of difference between living out the gospel message that the Kingdom of God is at hand, and "making it easy to understand."
Posted by betsy at 2:55 PM No comments:

Dinner tonight: F is for Flounder. Too.

Thaw 3 flounder filets (we got a pile of frozen fish at WalMart a couple of weeks ago, which has turned out to be a very good purchase.) Start that about 2 hours before you cook - the best way to thaw them is to seal the frozen filets in a ziploc bag and set them adrift in a bowl of cool/room temp water.

For this, you'll need 2 large frying pans and one medium saucepan.

Slice one small sweet onion and about half a pepper. (I had remnants of a red and an orange one.) Put your cast iron skillet on over high heat, give it a glug of olive oil, and sizzle the onion and pepper for about minute or two. Salt and pepper them. Then, in the interest of not having them get too brown, splash some water into the pan - not quite enough to cover everything - and keep the veg moving as it bubbles away.

Between stirs, put a saucepan of water on to boil, and put 2 dinner plates on the counter.

After the water in the onion pan has mostly evaporated, add a lot of chopped garlic - I used 4 cloves, and I could have stood another one or two. Lower the heat to medium high, keep pushing it around the pan.

Throw some orzo - probably 2/3 of a cup - into the boiling water in the saucepan.

Put your other frying pan over medium high heat, and let it sit. Cover one of the dinner plates with all-purpose flour and then sprinkle with Old Bay. Don't go crazy, you're not boiling crabs, but a little Old Bay is great with flounder.

Generously glug the latest frying pan with olive oil - more than a film, less than a quarter-inch - and when it's warm, dredge each filet in the flour and spices and start them frying.

Stir the onion pan; add some tomatoes (I used canned; you could use fresh. Either way, squish lots and lots of liquid out of them. It would also be great with sun-dried tomatoes, snipped small.) Turn the heat under that pan down to low. Add a tablespoon of capers. The stuff in the pan should be lumpy rather than soupy, but not all the way to dry.

Turn your fish once.

Test your orzo, and if it's done, turn off that burner.

Turn off the burner under the onion/tomato/pepper/caper mixture. Stir in a sliver of butter.

Remove your crusty, light brown fish to the other dinner plate that you put on the counter. (A heat-reisitant spatula us really good for this - a more rigid flipper could separate the crust.) Don't cover, it'll get soggy.

Peel an orange or a couple of clementines. Separate the sections, pull the pithy part out, and drop the sections into the tomato mixture. Stir, and let sit for a minute or two to let the orange warm up.

Plate each serving as a thrilling, messy pile.

I believe this will be even more amazing with more savory stuff in the veg - more capers, more garlic, a tiny pinch of red chili flakes, or a small amount of strong ripe olive.

But for a 20-minute, weeknight, just-got-home-from-the-pool dinner - dude, seriously.

It was hard for us to describe this without using the f-word. THAT is how good it was.