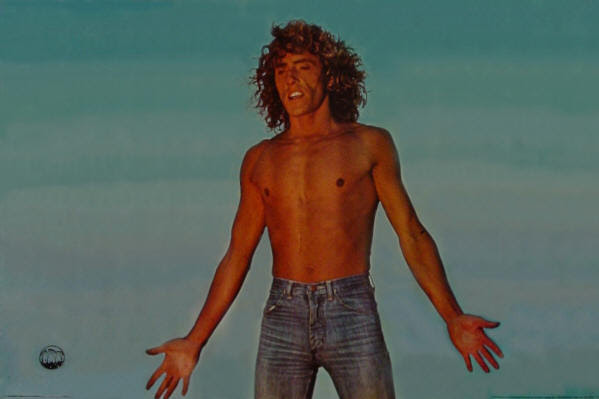 So I was familiar with the Who album Tommy

(side note: my husband was born in 1961. There's not even a full year separating us. Somehow he grew up being a Who/Moody Blues/Beatles person, with a decent dash of Herman's Hermits. While I - born in 1962 - grew up a Clash/Talking Heads/REM/Devo person. My point is this - I was familiar with Tommy the album because of Eric.

And he is completely, utterly sick of Stop Making Sense and Murmur because of me.)

So while I was waiting for Project Runway Season 5 to start, I tuned into VH1Classic (oh, don't start) and watched the last third of Tommy the Ken Russel movie. I think I missed all the good parts, and was left with the too-long messianic holiday camp part. While this is not actually a good movie in any recognizable sense, I would certainly watch it again - and especially if I had copies of Godspell and Superstar on hand. That would be quite an afternoon.

Dinner tonight was this, which was wholesome, nourishing, and tragically dull. It needs SOMETHING mixed in with the potato filling, some texture, some big flavor - maybe roasted onions or big chunks of olives. Or some capers in the pan sauce.

Hmmm, sounds like I'll be making this again, doesn't it?

Since dinner was boring, I made cupcakes. They are delicious.

Honestly, I am not a dependable cake baker at all. I like making cakes, but they don't usually come out delectable. I have a couple of go-to recipes - an almost-flourless chocolate cake from an old La Madelaine cookbook that my brother found for me, and the very best pound cake in the world - and they always work. But chances are that other recipes will be a little dry, a little heavy, just not as lovely as I imagine.

I actually have a suspicion that these are a little dry, from being overcooked, but I ate two earlier and cannot possibly squeeze in another, even for the purposes of critique.
The flavor is great, though.
Posted by betsy at 9:26 PM

I love the idea of big pieces of tasty olives in the stuffing. Yum.